A while back, of a Sunday I was feeling sick and out of sorts. I pulled out the phone and started reading my twitter feed. I saw a tweet pimping a zombie book. Zombies, I thought. Just the thing for a rainy sick Sunday. So I went and bought it. (And so I am living proof that social media works to get books into the hands of readers.)

I can’t remember a time when I didn’t read. Encouraged by parents and grandparents I would more often than not walk around with a comic book or paperback stuffed into my back pocket, ready to be whipped out and perused at a moment’s notice. At least, as soon as I started wearing trousers with pockets. (Mine was the last of the UK’s ‘short trouser’ generation; being given and allowed to wear full-length trousers with pockets was seen as a rite of passage. Thank the Lord that times change!)

But I digress. I do that a lot. 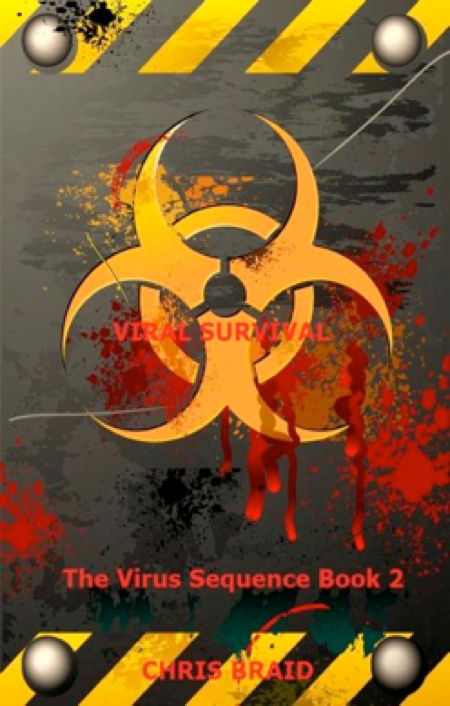 It seemed a natural progression to go from reading almost anything I could get my hands on to writing. The first few ‘books’ I wrote were when I had just become a teenager. They were a series of detective novels whose hero, Wes Chisel, just might have been inspired by Mickey Spillane’s Mike Hammer. (It was surely coincidence that I was collecting – and reading – all of Spillane’s books at the time!) But what I really wanted to write was fantasy; I just didn’t know it yet.

I’d taken a break from Wes Chisel’s latest case to read the most recent issue of Marvel Comic’s Savage Sword of Conan comic. Yet again I noticed that almost every one of the QNS’s† letters referred to a book called The Lord of the Rings. Which I had often heard of but never read.

This time I decided to do something about it. I got hold of a pretty tidy copy from a local second-hand bookshop. Luckily it was the summer holidays. I read the whole thing in two sittings and spent the next three days wondering around like a zombie (I liked zombies, even a thirteen year old schoolboy had a chance against a zombie, as opposed to a werewolf or vampire!) due to lack of sleep.

Sorry, more digression. I did warn you.

The upshot was that Wes Chisel got fitted for concrete overboots and a veritable rainforest of exercise books were filled up with lots of sub-Tolkien …well, garbage, actually. Not long after I discovered that there were aliens living among us and a couple of years after that, aged 16, I joined the army as a boy soldier.

Fast forward a couple of decades. I’m still a soldier but far, far away from being a boy and I’ve married my own special alien (I’d found out that the species were known as “girls” and they were even more alien than I had ever imagined!). I’m undergoing a protracted stay in hospital with little to occupy myself apart from read the mountain of books supplied by my alien, sorry wife, when I realize that some of them are…not very good. When I mention this, I am told. “Well if you think you can do any better…” So I tried. And I tried. And I kept trying.

All I had to show for my efforts was a mountain of rejection letters. All containing the advice to, “Write about what you know!” But I didn’t know any elves. Or Dragons. Or wizards. Oh I knew a few Rangers, but they were not that sort of Ranger. And then Santa brought me a Kindle.

I was out of the army, with time on my hands. I went into a feeding frenzy. Books for Free? I’ll have some of that! And some of that. And that, and that and…well, you get the picture. I spent so much time with my nose buried in my Kindle I was walking about like a Zombie again. And then it hit me. I didn’t know elves but I knew soldiers; and surely the essence of a Zombie was not that they were the risen dead but that they were mindlessly driven to infect the living.

It was the “mindlessly” bit that finally helped the pieces slot into place. The so-called Zombies (or infected) cannot help the way they act; they are driven by their infection. It isn’t their fault! But the others, the people who knowingly, even joyously, prey on weaker, less fortunate humans, well they are the real monsters. And so The Virus Sequence was born. I’m not saying that Zombies (or infected) are cuddly or anything, don’t get me wrong. But they can’t help what they are doing. The “Black Hats” can. They know that what they are doing is wrong. They just don’t care.

† QNS (Quite ‘Nuff Sayer) – someone who has had a letter printed in a Marvel Comic.